Well the drag racing season has finished, and what a season it's been with a number of cars running PB's. One such drag racer was Jason Horn in his Mitsi Lancer. He ran multiple PB's during the course of the season finishing on a new PB of 8.59sec! The engine ran faultlessly all season meaning Jason could compete at every event. He drove the pants off the car this season and nothing shows that more than this picture. 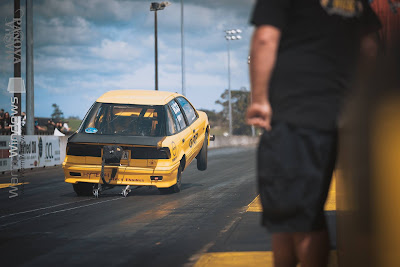 Upgrades to the car are already underway and we can't wait for everyone to see the car next season.
Posted by Hytech Engines at 02:13